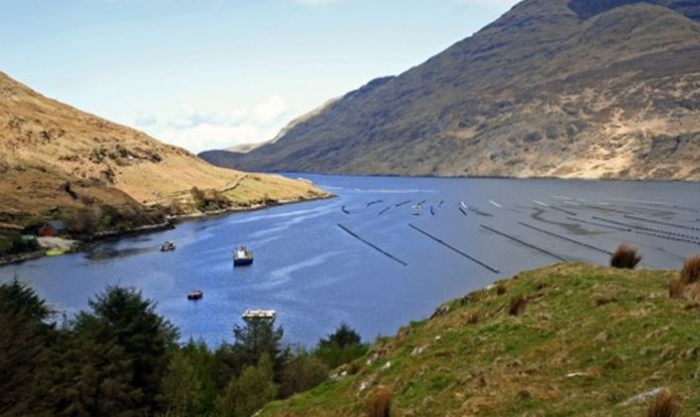 Killary Harbour/An Caoláire Rua is a fjord located in the west of Ireland in the heart of Connemara which forms a natural border between counties Galway and Mayo.

It is 16 kilometres long and in the centre over 45 metres deep. It is one of three glacial fjords that exist in Ireland, the others being Lough Swilly and Carlingford Lough.
On its northern shore lies the mountain of Mweelrea, Connacht's highest mountain, rising to 814 metres. To the south rise the Maumturk Mountains and the Twelve Bens. The area contains some of Ireland's most awe-inspiring and dramatic scenery.

Ballycroy National Park was established in November 1998, it is Ireland’s sixth National Park and is located on the Western seaboard in northwest Mayo.

It comprises of 11,000 hectares of Atlantic blanket bog and mountainous terrain, covering a vast uninhabited and unspoilt wilderness dominated by the Nephin Beg mountain range. Between Nephin beg and Slieve Carr, at 721metres above sea level, the highest mountain in the range, lie the Scardaun Loughs. 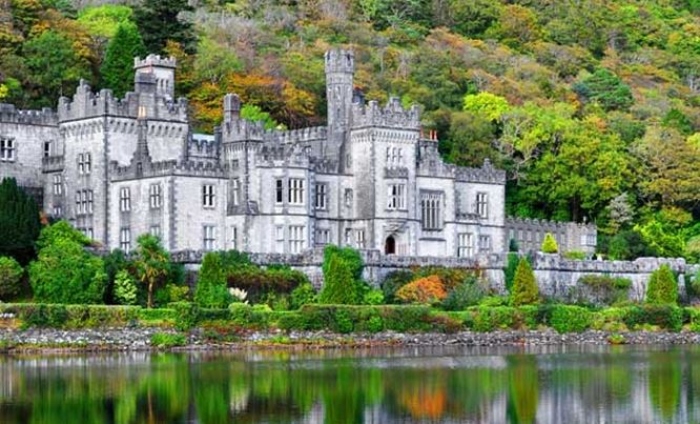 Kylemore Castle was built as a private home for the family of Mitchell Henry, a wealthy doctor from London, whose family was in textile manufacturing from Manchester, England.

He moved to Ireland, when he and his wife, Margaret, purchased the land around the Abbey and became a politician, and was also an MP for County Galway from 1871 to 1885. The castle was designed by James Franklin Fuller, initially together with Ussher Roberts. Construction first began in 1867, and took one hundred men four years to complete. The castle covered approximately 40,000 square feet (3,700 m2) with over 70 rooms and the principal wall was two to three feet thick.

The facade measured 142 feet (43 m) in length and is made of granite brought from Dalkey by sea to Letterfrack and limestone from Ballinasloe. There were 33 bedrooms, 4 bathrooms, 4 sitting rooms, ballroom, billiard room, library, study, school room, smoking room, gun room and various offices and domestic staff residences for the butler, cook, housekeeper and other servants. Several other building including a Gothic cathedral and family mausoleum containing the bodies of Margaret Henry, Mitchell Henry and a grand nephew.

The Estate includes large walled Victorian Gardens, which have been open since the 70s, to public tours and 'nature' walks. The Benedictine community have restored the Abbey's gardens and Cathedral with donations and local artisans, in order to be a self-sustaining estate.